The Ultroner EOS team in partnership with Asmodus have brought out their second piece of kit with the EOS 180 Watt box mod. Temperature Control and variable wattage, with stabilised wood panels and an aluminium frame which uses the same chip as earlier Asmodus Minikin models.

Ultroner is a new line of Asmodus vape kits that is forging toward a new design style featuring 'stab wood' also known as stabilised wood with incredibly well designed customised panels. You will have seen them on the Ultroner X Squonk Luna mod lately. So what about the Ultroner Physical Specs?

The box mod has a firm spring loaded 510 connector, set a touch off centre, with stabilised wood panels that can be removed to change the look and of course insert the two 18650 batteries required to fire the mod. There is a touch screen panel, the fire button and a front facing USB charger / software interface.

On the base you will find the serial number details and the battery venting air holes for safety.

Size wise, its a touch smaller than VooPoo Drag and bit larger than the Wismec Reuleux. It's pretty standard size for a 180 Watt box mod, is the Ultroner X EOS Asmodus.

What happens when you power on the Ultroner X Asmodus Vape Kit?

Where it asks you if they are married - if you click no, the device turns itself off. Press yes and its ready to use. But this is a really impressive safety feature. The screen settings are really very similar to other Asmodus products, with a few layout tweaks.

With the GX chip that Asmodus use in the Ultroner X it fires like a vape with a higher wattage rating. Often newer advanced users were put off going for an Asmodus with a 155 or 180 watt range while Smok Alien boasts 220 Watts; but believe us when we say, Asmodus vapes the same. A 180 Asmodus really feels as powerful as a 220 Smok. The chip quality is far superior and that's where the cost difference is.

The ramp up time and temp control effectiveness with the Ultroner X is sharp and responsive; but we know hearing about a vape kit such as this is never going to be quite as appealing via a blog; so why not pop down to one of our vape and ecig shops 'Vape and Juice' at a range of our locations. You can find a Vape and Juice shop in Canvey Island, Chelmsford, Margate, Islington, Clapham, Hackney, Southchurch Road (Southend), Leigh on Sea, Colchester, Clacton, Canterbury, Taunton, Brentwood and Barking, plus many more. You can even find a place to buy Asmodus in Ibiza, Spain. Or you can preorder the Ultroner X Asmodus 180 Watt box mod here online now. 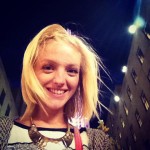